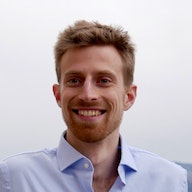 I don’t often consult astrology, but when I do… the result is unsettling.

I’m in my pyjamas on my friend M’s couch, absorbed in the act of transporting my morning coffee into my sleepy face.

She’s dressed in colourful robes, raving and ranting as she paces about the room.

There’s bright light shining through the old tall windows, illuminating the eclectic assortment of antique furniture, artworks manifectured out of pieces of dead birds, and books.

My feigned interest for the topic of her rave, as she goes on about Human Design, becomes more real with every sip.

With only my birth date and time, the help of this very thick book and an app on her phone, she’ll tell me my challenges in life and how I should go about navigating them.

Of course I am open minded and curious, so I supply the data.

Here’s what I remember from my typology:

It’s not what I wanted to hear, but I knew it was right: somehow I have spent my life doing things that others have advised me not to do, falling into traps that I was warned very well about, and licking very preventable wounds.

I have let myself be provoked into physical confrontations in the street, being strongly outnumbered and completely inexperienced, knowing full well that my chances of winning were close to zero, since I couldn’t even throw a tennis ball like a normal person. A dangerous and desperate attempt to prove something wrong. My body still carries the scars.

I have started and quit college degrees that were insanely difficult, too much pressure for someone who has not learnt to manage their ADHD well. But I wanted to prove that I could do it.

I have started businesses with unreliable people, even though I knew about their addiction. I wanted to give them a chance because I cared for them. Even though the generally accepted advice is not to go into business with friends, I wanted to prove the rule wrong.

I have gone full-force into personal-development endeavours, be it workout schedules, commitments to create a video and post it every day, or twice-a-day meditation habits that turned out too hard to stick to. Despite all the people telling me to start easy and build it up slowly.

I have tried drugs that everyone said were very addictive, started hanging out with a group of people who took them every weekend, until I found out for myself that they are very addictive and I better stop.

It’s all banging my head against the concrete wall that people were already pointing out to me.

But in another perspective, I have not accepted any limitations put upon me.

Every time I heard someone say that something is “not possible”, I have challenged their belief and used myself as the guinea pig.

I have found out a whole lot of things that I can do, aspects of myself that I would not have discovered and developed had I not had this experimental attitude. Had I not had this bias against limitation, against group think, this tendency to disbelieve anything that starts with “you can’t”.

I’m a fan of embodying science, being a scientist in my daily life, and throwing out commonly believed limitation every day to get a chance at a new discovery, even in the face of pain and humiliation from walking into well-established traps.

This tendency to disbelieve anything that starts with “you can’t”, and to be willing to put that to the test in one’s own life, is what makes someone a scientist in my book.

Hey man! I can really relate to your story. I also grew up in a rough neighborhood (plus lots of dickheads in my class), and my head-against-the-wall mentality was not always helpful. It led to lots of valuable experiences, but I’m really missing my second tooth. 😢 I never believed in astrology, but I’m curious to hear your experience. Will the predictions she made come true? And if yes, do you think they would less likely become true if you hadn’t known this typology? (Which seems a bit generic to me.) What do you think of astrology generally? 🐭

No replies yet
Be the first to respond.
Join conversation
Join
Respond to the author

On Ken, we're trying to figure out how the world works — through written conversations with depth and substance.

Your response will be public, and the author will be notified.
What would you like to do next?