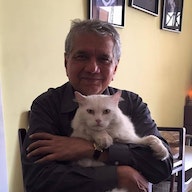 Youngsters may not know that India used to have two time zones.

One is Indian Standard Time, ahead of GMT by 5 hours 30 minutes. Another was Bombay Time which was 4 hours 31 minute ahead of GMT.

Thus the Bombay Time was full 59 minutes behind the Indian Standard Time. Bombay time was abolished in 1955.

For some inexplicable reason, the Parsee Community of Bombay continued to adhere to the Bombay Time. A marriage invitation or Navjot invitation always used to mention Bombay Time.

The story is of the early Sixties when Mr Aspi Bhesania died at the ripe age of 90 years, the age at which or much beyond which, most Parsees tend to depart. He was a philanthropist and social worker who had many good deeds to his credit. He, as a Municipal Councillor,  had contributed a lot to the City's development.

Aspi’s condolence meeting was scheduled to be at 5-00 PM. Sir Homi Modi, KBE, himself beyond 80 years of age then, was to preside over the event. Sir Homi assumed that the meeting would start at 5-00 PM Bombay Time while the organizers had scheduled it for 5-00 PM Indian Standard Time. So, Sir Homi who wanted to reach 15 minutes before the schedule, had reached 15 minutes late for the meeting. As per the Parsee tradition, the meeting had commenced on the dot, without awaiting Sir Homi's arrival. Sir Homi, being a stickler for punctuality was flustered and upset with himself as he was rushed to the dais. As Sir Homi sat down, a gentleman who was already talking hurriedly finished his speech and invited Sir Homi to speak. Sir Homi thus rushed,  began his speech

“We are meeting here to bid goodbye to a great soul. He was a great human being and his contribution to humanity –---” Sir Homi went on that vein for a few sentences and realised that he had forgotten the name of the diseased.  Without realising that microphone was “ON”  Sir Homi turned to Ronnie Sakhatwala sitting to his left and asked in a whisper:“ ए रॉनी, ए घेलचोदयाने नाम सूं? " (Hey Ronnie, what is the name of the fuXXr?

The entire audience heard what he said. Sakhatwala was taken aback. He also could not recall the name. The man sitting on Sir Homi’s right stood up and whispered the dead man's name in Sir Homi’s ear.  The audience could barely control its laughter. There were a few suppressed outbursts of mirth.

Parsees have a wonderful sense of humour.  I will not be surprised if Late Aspi Bhesania also may have smiled as he lay dead on the stretcher.

Hi Kiran! What an memorable story. Sad and funny at the same time. I’m uncertain if this wouldn’t fit well in the Philosophy category too titled something like “Would you laugh at your own funeral?” What do you think? How did you feel at that funeral? — Noticed an extra leading whitespace in “ The story is of the early Sixties when…” and different dashes in “Dungerwadi  - the Tower of Silence – where”. Just to let you know in case those were not on purpose. :)

On Ken, we're trying to figure out how the world works — through written conversations with depth and substance.

Your response will be public, and the author will be notified.
What would you like to do next?